Skip to Main Content
U of T ENGINEERING
Posted August 14th, 2020 by awang

I probably don’t need to tell you that classes are starting up very soon. Hope you’re excited and feeling ready to start this next chapter. This week I’m sharing even more history and tradition in the Skule community, please enjoy:

Did you know we have a mascot in Engineering? And it’s not an animal or historical figure. No, here in Engineering we celebrate and memorialize the ferocity and bravery of our Ye Old Skule Cannon. 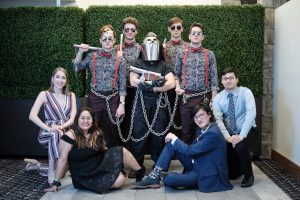 The Cannon, as it’s more commonly referred to as, is a physical cannon that can quite literally be fired. While no actual cannonballs are ever shot out of the cannon, blanks certainly are, giving it just as real of an exploding kaboom sound. It is a very loud, and very real sound.

Who protects the Cannon? All of us of course.

As a member of Skule you’re automatically eligible to join the “Cannon Guard” as an official guardian of the Cannon. The Guard is led by the Chief Attiliator who protects and cares for the Cannon when it’s not in action. It’s for that reason that the identity of the Chief Attiliator is kept a secret and isn’t revealed until the end of the year when the new Chief has already begun serving.

First years can participate in training to join the guard starting in their Winter semester. Once trained, you can have the chance to protect the Cannon at the various in-school and external events it attends throughout the year including F!rosh Week, Godiva Week, Cannonball and Grad Ball, Engineering Outreach Events, major intercollegiate events, Toronto’s annual Pride Parade in the summer, and more.

Where is the Cannon right now? Well, that is a secret. Like I said, even the identity of who takes care of the Cannon is a secret. So why put so much effort into the guarding and protecting of a cannon? Like many collegiate mascots throughout time, the Cannon has seen its share of vandalism, theft (mostly attempted, sometimes successful), and accidental damage. That’s why the Skule motto for the Cannon is to Honour, Respect, and Protect it. 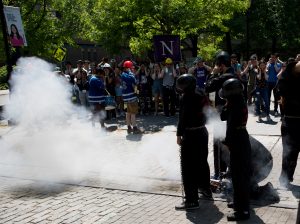 Unlike many institutions whose mascots are often portrayed through students donning costumes, the Cannon is not a replica and is only ever fired by the Chief (they’ve got to have a license and even be certified in a pyrotechnics certification course at the start of their term). Every 10-15 years, a new Cannon is commissioned by current and former Chiefs, as wear-and tear often diminishes the quality and safety of its predecessor over time. The newer model will be hand-made and often cost upwards of several thousand dollars – another reason why Skuligans are very protective of their Cannon.

I won’t go into too much detail about the history because frankly there’s quite a lot to talk about, but it’s really cool and you should definitely read more about it here including the depths other schools have gone to try to steal our precious Ye Old Mighty Skule Cannon.

Every year during the first week back to classes following the Winter Break, we at school celebrate what is probably my favourite part of the year, a time we like to call Godiva Week.

Godiva Week, named after the historical character Lady Godiva, is a full week of events and traditions that bring students and alumni of Skule together for seven days of fun and community. Since tutorials and practicals don’t run until the following week, students will have lighter schedules during this time that allow them to take part in what is truly a busy week of entertainment. The week is hosted by the Blue and Gold Committee with participation from all the major Skule groups including EngSoc, the Cannon, the Lady Godiva Memorial Band, Toike Oike, SUDS, and much more. 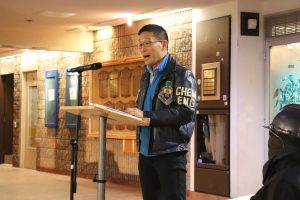 Dean Yip himself even attended last year to kick-off the week by conducting the annual and coveted reading of The Fundamental Theorem of Calculus. Yes, you read that correctly. The Dean read a calculus proof to hundreds of students as part of an opening ceremony….and it was awesome.

I call it F!rosh Week: Part 2, because arguably just as many students take part and the events aren’t only targeted to first years, they’re for everyone! Some of these include the Hard Hat design contest, Charity Car Smash, skating and hockey at Nathan Phillips Square, and the annual King’s College Chariot Races.

Godiva Week is also where our Skule Spirit Heads are chosen. Godiva’s Crown and Mr. Blue and Gold are two roles that Skule has adopted over the years whose responsibilities are to embody the spirit of the Skule community all year long. In order to become a Skule Spirit Head, contestants participate in a fun, light-hearted competition and put together a performance for the student body that truly showcases who they are. This past year, Skule chose Anaïs Poirier and Aseer Chowdhury (both ECE 2T2) as their Spirit heads which, believe me, they definitely deserved for their hilarious and genuine performances. 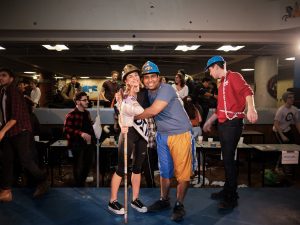 Last year I helped run the competition with 2T2 winner Aakash Budhera, and reigning Ultimate F!rosh Aidan Lachine (EngSci 2T3) was crowned the victor. It’s such a fun time to be there, even if you’re just watching your friends and classmates compete.

Finally, the week is capped off by Cannonball, the biggest Skule semi-formal dance of the year. Cannonball has been running since the early 1950’s and continues to welcome all years of Skuligans, as well as Faculty and the Dean. Alongside the food and dancing, Godiva’s Crown and Mr. Blue and Gold are often introduced together for the first time since their inaugurations. Usually the Bnad will crash and even the Cannon will be fired, marking the end to another fantastic Godiva Week.

Overall I think the sheer number of events and little traditions we put on every year really speaks to how much our community loves coming together and being in each other’s company. I know this upcoming year will have its challenges as most first years will be remote and I can’t promise we will be able to fully replicate what we’ve seen in the past. What I can promise you is your upper year peers are working extremely hard to put on a fantastic year that’ll embody our traditions (and even some new ones) that you’ll get to pass down someday too. All things considered, I’m excited and I hope you are too.

See you next week!